Paris to World: an End to the Fossil Fuel Era

Last week, the world came together in Paris for the 21st Conference of the Parties (COP21) of the U.N. Framework Convention on Climate Change (UNFCC), and signed a historic agreement.  At the heart of the Paris Agreement is the “long-term goal” committing almost 200 countries – including the U.S., China, India, and the EU nations – to keep the global average temperature increase to “well below 2°C above pre-industrial levels and to pursue efforts to limit the temperature increase to 1.5°C.”

To meet this target, the world must reach zero fossil fuel CO2 emissions in the urban built environment by about 2050, and zero total global greenhouse gas emissions by 2060 to 2080.

What’s in the Agreement

These initial INDCs admittedly do not go far enough to meet the 1.5°C target, but each country is required to renew its pledge with increasingly stringent targets every five years. The current U.S. INDC pledge is to reduce greenhouse gas emissions 26% to 28% below 2005 levels by 2025.

But most importantly, the impact of the agreement is clear – governments have signaled an end to the fossil fuel era by committing for the first time to cut GHG emissions and avoid the most egregious impacts of climate change.

The Agreement and the Built Environment

Another historic event at COP21 was the first ever UNFCCC Buildings Day – an entire day devoted to the building sector in recognition of the important role it must play in ensuring that countries meet their emissions reduction obligations. 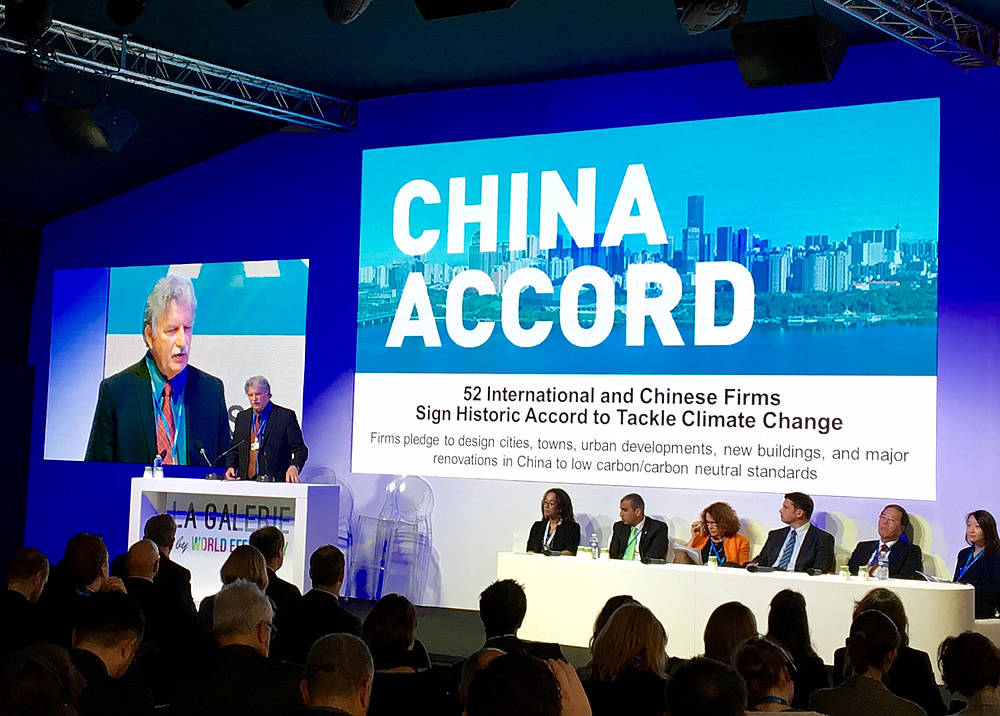 Architecture 2030 helped organize Buildings Day, and Ed Mazria, Architecture 2030 Founder and CEO, delivered the opening presentation titled “Road to Zero”, which successfully set the tone for the remainder of the day. Referencing Architecture 2030’s submission to the UNFCCC – the Roadmap to Zero Emissions: The Built Environment in a Global Transformation to Zero Emissions report – he demonstrated how a combination of reducing the built environment’s demand for fossil fuel energy while increasing the world’s supply of renewable energy sources will meet the Paris Agreement’s long-term 1.5°C goal.

In addition, Mazria presented the China Accord for the first time to the UNFCCC and the international audience in attendance, illustrating how the architecture, planning, and building design community in China will play a key role in making the agreement’s targets a reality. 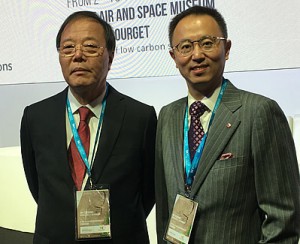 The Accord is a commitment by 52 key Chinese and international architecture and planning firms to plan and design cities, towns, developments, and buildings in China to low carbon/carbon neutral standards.

Chen Zhen, Secretary General of the China Exploration & Design Association – Architecture Branch (CEDAAB), also delivered a speech at the opening of Buildings Day on the importance of international collaboration and China’s commitment to low carbon development. According to Zhen,

“The China Accord is a manifestation of the determination and moral obligations of planners and architects both in China and internationally, that we are taking huge strides to reduce carbon emissions and move towards zero carbon.”

At COP21, bold actions such as the China Accord underlined the importance of cities and the built environment in combatting climate change, giving nations the confidence to take dramatic steps in Paris. 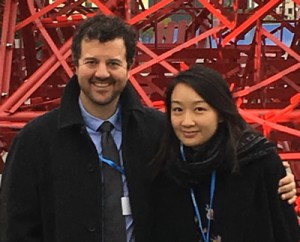 COP21 is also the first time that cities have had their voices fully recognized at a global UN conference on climate change, and the first time over 1,000 city and regional officials gathered to demand bold action.

436 cities have signed the Compact of Mayors pledging to reduce greenhouse gas emissions and track their progress.

These include 117 U.S. cities, with total average U.S. city pledges at 68% GHG emissions reductions below their current levels by 2050.

In addition to the China Accord and the local government pledges, many other initiatives were announced during COP21, including:

The Paris Agreement introduces a new world, one that envisions an end to fossil fuel emissions and secures a strong mechanism to address climate change.

As Architecture 2030’s senior consultant Farhana Yamin (also CEO of Track 0 and advisor to the Marshall Islands) put it:

“There is a huge way to go, but there are already people out there working on envisioning what a Zero by 2050 world looks like.”

So open your champagne bottles, and toast the promise of not just another New Year, but also a new era of international collaboration in creating a sustainable, resilient, and highly livable planet.