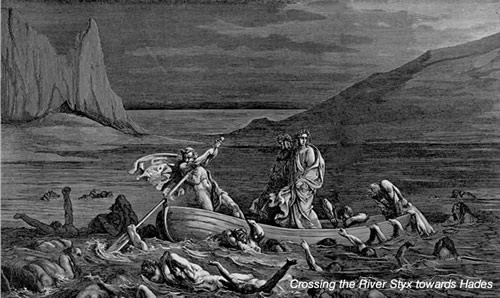 Denial Is Not A River In Egypt

While the fossil fuel industry continues to hawk its wares in total denial of the devastating global effects of its actions, the new International Panel on Climate Change (IPCC) Fifth Assessment Report confirms the necessity for immediate and sustained action.

The IPCC report reveals how close we are to a turning point in the earth’s climate system, and reveals two critical numbers that speak to the urgency of the situation:

The underlying conclusion of the report is that the time has arrived for taking the necessary steps to preserve livable conditions on earth: i.e., we must stop burning fossil fuels as quickly as possible.

The IPCC report defines four timeline scenarios (Representative Concentration Pathways or RCPs) plotting amounts of carbon burned and resulting global average temperatures, depending on when global greenhouse gas emissions (GHG) peak and then decline. The IPCC chose to plot the “business as usual” scenario (RCP 8.5 – continued increase in GHG emissions), then scenarios for global GHG emission peaks in the year 2080 (RCP 6.0), 2040-2050 (RCP 4.5), and 2020 (RCP 2.6). Only by peaking GHG emissions in the year 2020 or sooner, and phasing out conventional fossil fuel burning around 2080, can we stay beneath the total of one trillion tons of carbon burned, which represents the threshold of catastrophic climate change, as shown in the following graphs: A GHG emissions peak by about 2020 (RCP 2.6) will be necessary to keep global warming under the two degrees Celsius (above preindustrial levels) threshold. If we exceed the world carbon budget of one trillion tons burned (RCP 4.5, 6.0 and 8.5), the models project the planet will keep warming and it will be virtually impossible to bring global average temperature back under the two degrees Celsius threshold. The good news is U.S. GHG emissions peaked in 2007 and are currently 12% below 2007 levels. We must continue this trend in America. The bad news is, global GHG emissions are continuing to rise.

We can now say with confidence that when it comes to this problem, denial is not a river in Egypt – but is instead the highway to a hellish future of irreversible climate change. Consequently, time is truly of the essence. We need to seize this opportunity now to make a difference that will take us on the road to a transformative global vision of the built environment. The future depends on us.