Introducing the Roadmap to Zero Emissions

Architecture 2030 just returned from climate change meetings in London, Bonn, and Paris, and the news is exciting. At this watershed moment in human history, the architecture, planning, and building community must play a critical role in preventing irreversible climate change by working to achieve:

ZERO fossil fuel CO2 emissions in the global built environment by about 2050.

The Fifth Assessment Report from the Intergovernmental Panel on Climate Change (IPCC) – the world’s leading climate science body – projected a number of scenarios, each plotting amounts of carbon emissions and the resulting future global average temperatures. The bottom line is, there is only one scenario with a good chance of averting irreversible climate change: one that caps global cumulative industrial-era carbon emissions at under one trillion tons. 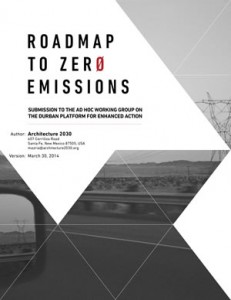 With this projection in mind, in December 2015 the United Nations climate conference will convene in Paris. The goal is to reach a new agreement, applicable to all countries, to keep carbon emissions under the one-trillion-ton threshold. Leading up to this conference is a series of interim meetings.

Architecture 2030 was asked to present its perspective on the U.S. and global built environment at one of these meetings – the Organization of Economic Cooperation and Development’s Climate Change Expert Group (OECD CCXG) Global Forum in Paris.

In an opening plenary session presentation on March 20th, Edward Mazria had the privilege of introducing Architecture 2030’s new report,Roadmap to Zero Emissions. A major component of the report is Roadmap 2050, which sets out the emissions reduction targets necessary in the building sector to avert dangerous and irreversible climate change. Mazria also described the actions and financing instruments needed to reach global zero emissions by about 2050.

At our present rate of fossil fuel consumption, it is estimated that we will have emitted one trillion tons of industrial era carbon by about 2040. We’re already over half way there. If we surpass this one-trillion-ton threshold, the planet will pass a tipping point and continue to warm, leaving future generations with a deteriorating and dangerous climate system.

To keep carbon emissions under the one-trillion-ton threshold, global CO2 emissions from fossil fuels must peak around 2016 and reach zero by about 2050. 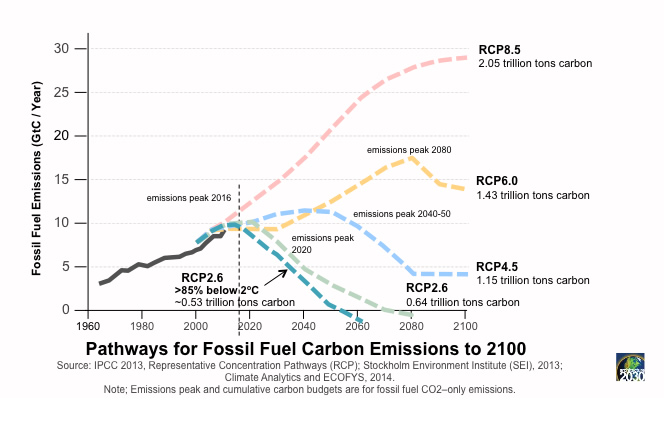 A CO2 emissions peak by 2016 and complete phaseout of conventional fossil fuels by around 2050 will be necessary for a greater than 85% chance of holding global warming below 2ºC. 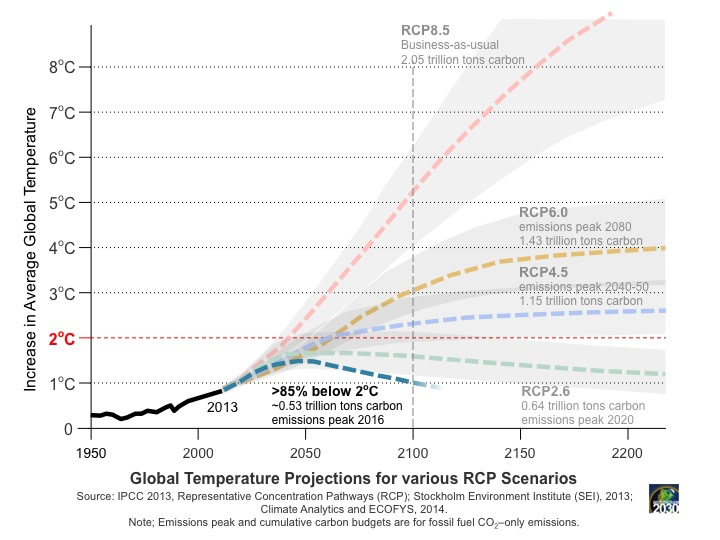 If the world exceeds the carbon budget of one trillion tons (RCP 4.5, 6.0 and 8.5), IPCC reported models project the planet will keep warming and it will be virtually impossible to bring global average temperature back under the 2°C threshold, leaving humanity with a continually warming planet and a deteriorating climate system.

During the next two decades, an area equal to roughly 60% of the total current building stock of the world will be built and rebuilt in urban areas worldwide. This projected construction represents an unprecedented opportunity for the global building sector to peak emissions by the year 2016, and completely phase out CO2 emissions by about 2050.

To simplify and quantify a measured approach to reducing CO2 emissions from the building sector, as part of the full Roadmap, Architecture 2030 prepared a detailed Roadmap 2050 to help individual countries develop customized building sector CO2 emissions reduction targets. Roadmap 2050 incorporates a range of 10-year reduction targets, and while developing countries may be reducing less, with developed countries reducing more, all countries converge to ZERO by 2050 (some sooner than others).

Along with specific country targets for new buildings and renovations, the report also offers strategies for addressing land-use/infrastructure planning and development, and the needs of both developed and developing countries. 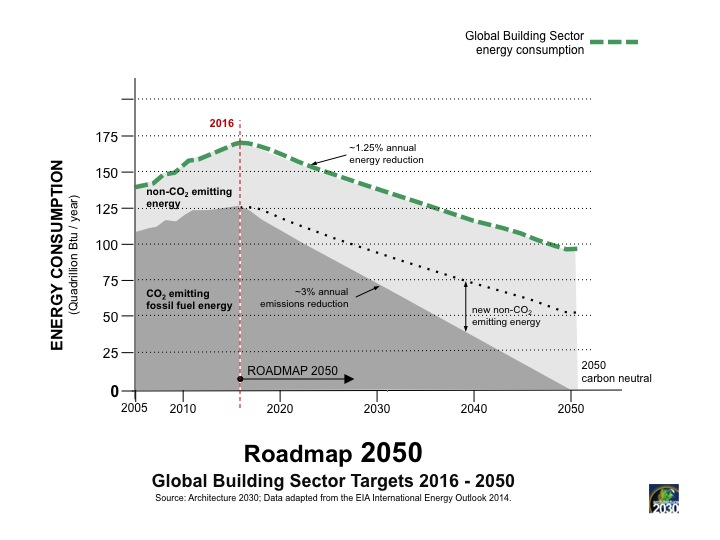 The IPCC recently stated that, today, climate change is wreaking havoc “on all continents and across the oceans,” and it will only get worse unless we take immediate action. The poorest countries that bear little responsibility for the carbon emissions contributing to climate change, will initially bear the greatest brunt of the warming.

Architecture 2030 realizes the importance of engaging the world community in solving the climate crisis through the built environment and building sector. For that reason, the Roadmap to Zero Emissions report also contains guidelines for financial incentives for developing countries to access technical support, design services, and relevant information and tools – key barriers to scaling up their mitigation and adaptation activities.

Reaching agreement on building sector emissions reduction schedules at the Paris 2015 conference is a-once-in-a-lifetime opportunity to create a ZERO emissions built environment that can play a critical role in reversing the apparently disastrous course on which we have embarked. 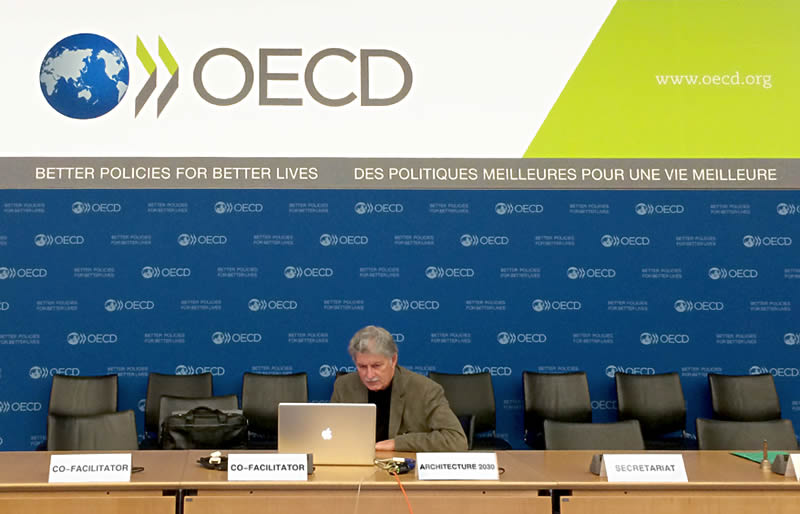 Delving Deeper Into the 2030 Palette

Have your project featured at the AIA National Convention with Architecture...
Scroll to top