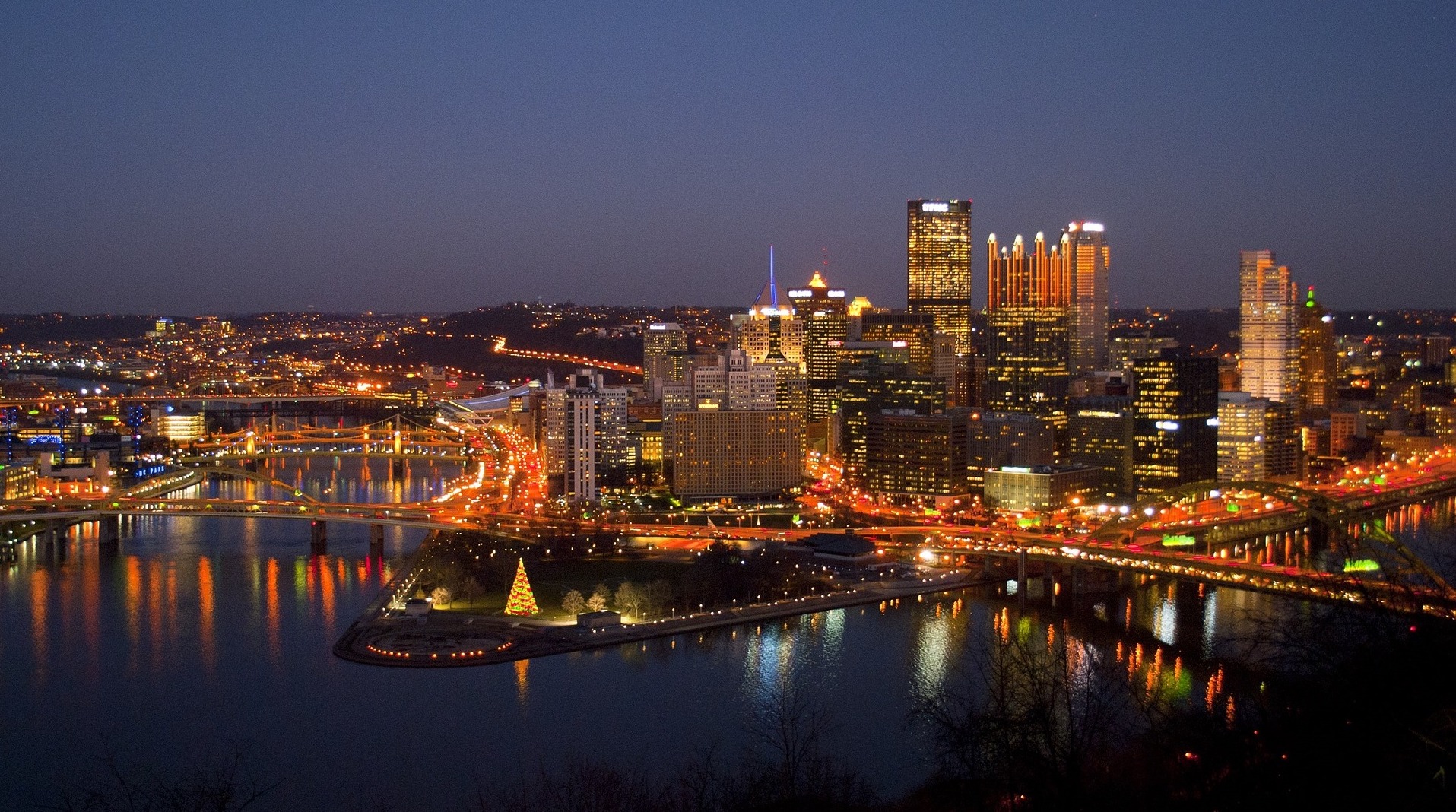 2030 Districts are forming in great American cities to meet the energy, water and transportation emissions reduction targets called for by Architecture 2030 in the 2030 Challenge for Planning. This week, Pittsburgh joined Cleveland and Seattle by launching a Pittsburgh 2030 District. Pittsburgh, a city transitioning from an industrial past to a lively, low-carbon metropolis, will become part of an emerging 2030 District network.

The announcement of a collaborative effort creating a Pittsburgh 2030 District, containing 61 properties and over 23 million square feet in the downtown area, is the most recent effort in this city’s evolution.

“Launching a 2030 District in Pittsburgh helps to reinforce what this city has been working towards for a long time. Pittsburgh has been building a reputation as a healthy, vibrant city with many sustainability initiatives, and this 2030 District takes things to the next level. The fact that we already have so many businesses committed to this challenge shows that Pittsburghers want to build a better city, and they’re ready to take the next step.”
Mike Schiller, CEO Green Building Alliance

Architecture 2030’s Edward Mazria will deliver a lecture titled “The Next Built Environment, Today” on Monday, September 10th at 4:30pm at Carnegie Mellon University. The lecture is part of Pittsburgh 2030 District launch activities hosted by the Green Building Alliance (GBA). The GBA, a community benefit organization founded in 1993 and headquartered in Pittsburgh, is leading the Pittsburgh 2030 District initiative.

Origin of the 2030 Districts

“The 2030 District model is a private sector sustainability initiative for urban development that sets feasible, long-term targets. As municipalities continue to struggle with financial challenges, this is an exciting, robust new model for our time.”
Brian Geller, Founder and Executive Director Seattle 2030 District

The 2030 District model brings property owners and managers together with local governments, businesses, architects and planners, and community stakeholders to provide a business model for urban sustainability. Together, this group adopts measurement tools and implements strategies and best practices to meet the 2030 Challenge reduction targets. Leveraged financing, shared financial resources and incentives allow Districts to realize their vibrant urban development and renovation plans without undue delay.

“Since moving to Cleveland five years ago from Cincinnati (Cleveland’s ‘other’ rival city in addition to Pittsburgh), I’ve been very pleasantly surprised by its major cultural institutions, wonderful locally-owned restaurants, diverse population, and most relevant to my career, the implementation of various sustainability initiatives by the City, its residents and businesses throughout the greater Cleveland area. The Cleveland 2030 District’s work can lead to additional benefits including regional economic development, increased investment in the downtown core, and visibility as a national leader in energy-efficient and environmentally responsible building practices.”
Kemp Jaycox, Program Manager Cleveland 2030 District

Next steps for the Cleveland 2030 District, established in May 2012, include implementing its strategic plan, hiring full-time staff, engaging new property owners and stakeholders, and creating a database to track and display building and District performance.