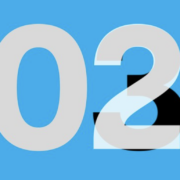 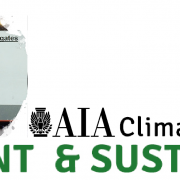 Last week, at the American Institute of Architects (AIA) Conference on Architecture in Las Vegas, the architecture and building community made history when they overwhelmingly voted for the “AIA Resolution for Urgent and Sustained Climate Action,” 4,860 yes to 312 no.

The International Living Future Institute (ILFI) has collaborated with Architecture 2030 to update their Reveal label – an easy-to-understand method of displaying the energy performance of a building.

Projected U.S. building sector energy consumption and greenhouse gas (GHG) emissions to the year 2030 have declined for eleven straight years since the 2030 Challenge was issued in 2005.

We are facing two very different and defining moments in history, the ratification of the Paris Climate Agreement and the results of the 2016 U.S. presidential election.

Section 433 of the 2007 Energy Independence and Security Act commits new construction and major renovation of U.S. federal buildings to follow the 2030 Challenge targets for the reduction of fossil fuel consumption – the same targets adopted by 70% of the top 20 architecture, engineering, and planning firms in the U.S., as well as the AIA, ASHRAE, the U.S. Conference of Mayors, many state and local governments, and numerous other professional organizations.

However, Congress is in the midst of negotiating the first energy reform package in almost a decade, including language to repeal Section 433 and its requirement to hold federal buildings to the 2030 Challenge targets.

The final stages of the energy policy negotiations will take place when Congress returns to Washington after the November elections. The AIA – which supports the 2030 Challenge targets through its 2030 Commitment program – is arguing forcefully that  “a strong message from the architectural industry on the importance of the 2030 targets will show that businesses can thrive while advancing sustainability.”

“The American Institute of Architects (AIA) and its membership have worked with great success to reduce fossil fuel use in the building sector. They are now asking the architecture community to send a message to Congress not to repeal Section 433 of the Energy Independence and Security Act.” Edward Mazria, CEO, Architecture 2030.

The AIA is asking architecture firms to sign onto a letter that the AIA is sending to members of Congress calling for the retention of Section 433. Firms wishing to sign on should do so by this Monday, October 24th.

> You can sign on and learn more about the AIA’s advocacy work here.

Recent energy legislation passed by both chambers of Congress calls for the elimination of Section 433, threatening this long-standing and important commitment to greenhouse gas emissions reductions from the federal government.

Our guide to Architecture 2030-related events at the 2016 AIA National Convention in Philadelphia.

The 2030 Challenge outlines real and obtainable targets for the building sector to curb global warming. In order to meet the described timeline, Architecture 2030 recommends that each firm or organization adopting The 2030 Challenge prepare a plan of action for implementing the initiative’s targets.

Each implementation plan will be different and unique to suit the adopting firm or organization’s structure and philosophy. However, each plan should contain the following key elements: