Amid all the sobering stories and projections about climate change in the news lately, we have some upbeat news to share. Our hard work is having a BIG impact.

According to data from the U.S. Energy Information Administration, energy efficiency and power sector decarbonization have reduced U.S. building sector CO2 emissions by 20.2% below 2005 levels, despite adding approximately 30 billion square feet to our building stock during the last 12 years. 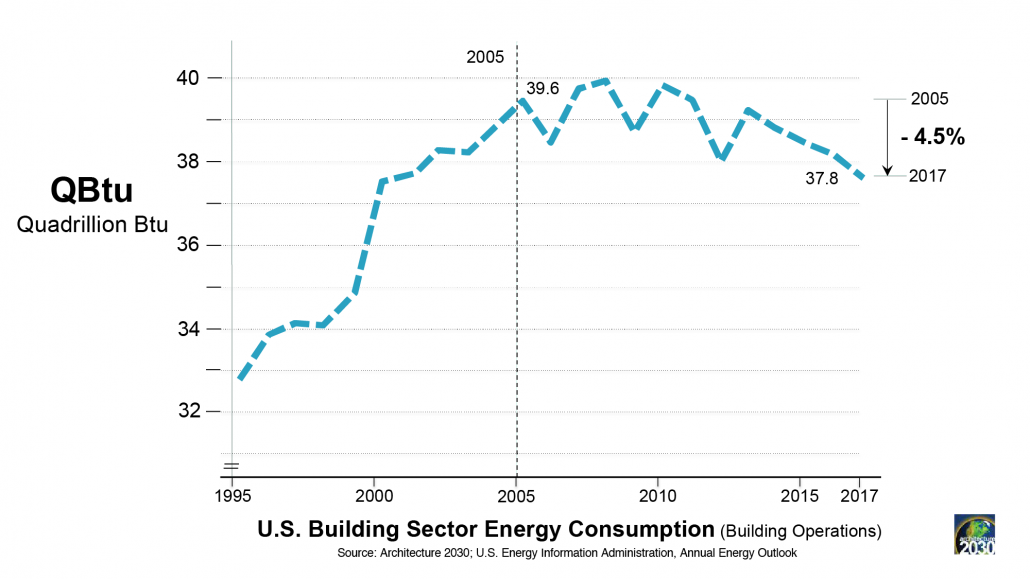 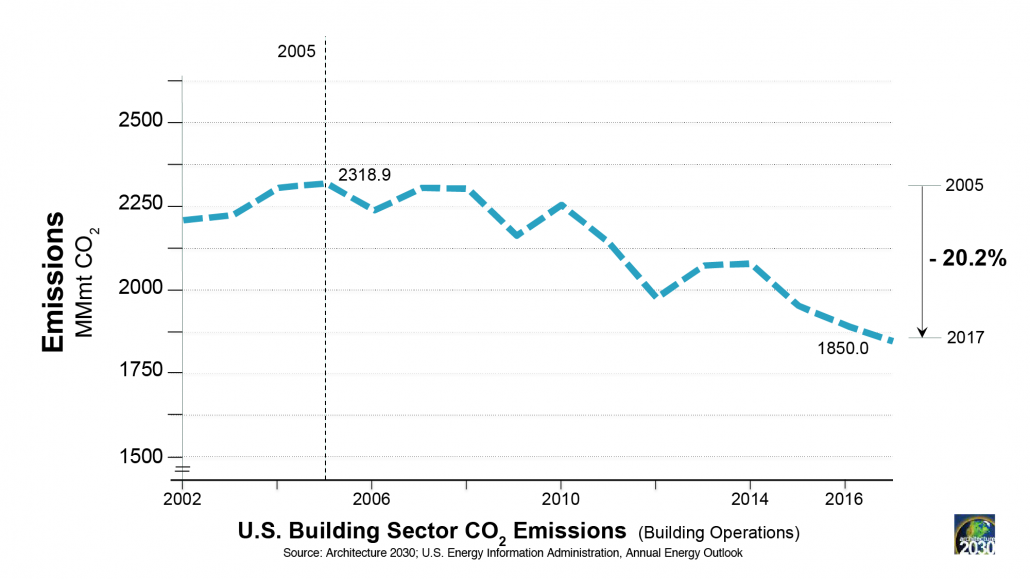 And, global building sector CO2 emissions appear to have leveled off in the past few years. 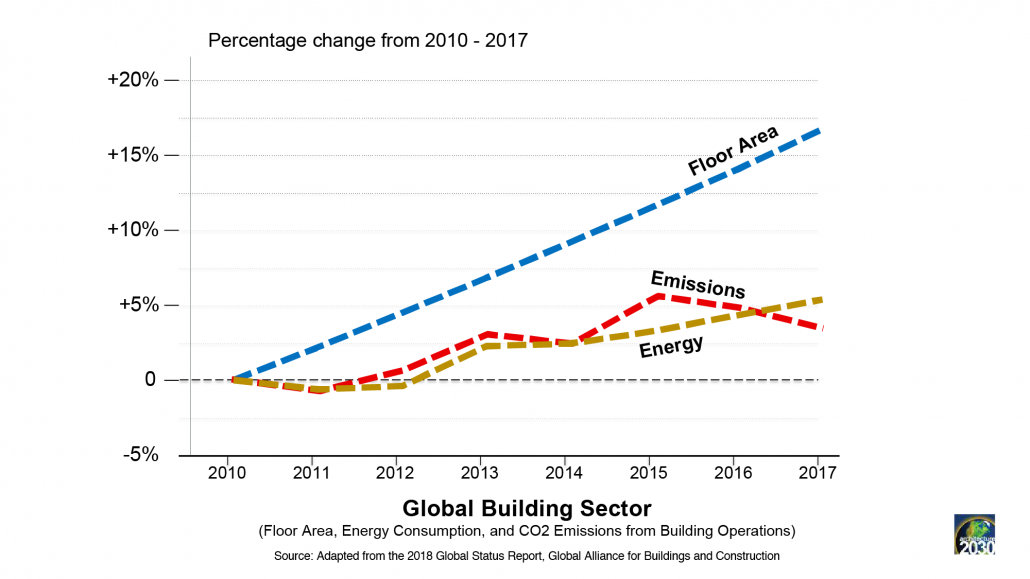 That’s the good news. Of course, that’s only the beginning. There is still much, much more to do.

In order to support this urban migration and population growth, by 2060 global building floor area is projected to increase by 230 billion m2, or double the current worldwide building stock.

These numbers are staggering, and if buildings and infrastructure are designed and built to current standards, we will lock-in emissions that will be with us for the foreseeable future.

We are in deep trouble with climate change… It is hard to overstate the urgency of our situation. Even as we witness devastating climate impacts causing havoc across the world, we are still not doing enough, nor moving fast enough, to prevent irreversible and catastrophic climate disruption.”

–“We are in trouble.” Global carbon emissions reach a record high in 2018,
Brady Dennis and Chris Mooney, Washington Post

In October, a landmark report by the UN Intergovernmental Panel on Climate Change (IPCC) concluded that we have barely a decade to take “unprecedented” actions to cut emissions in half by 2030 to prevent the worst consequences of climate change.

In order to limit the rise in global average temperature to well below the 2 degree Celsius threshold set by the scientific community, we must phase out fossil fuel CO2 emissions by 2050. This requires that all new construction be designed to high energy efficiency standards, use no CO2-emitting fossil fuel energy to operate, and be constructed with less embodied carbon emissions by 2020; and the entire built environment be carbon neutral by 2050.

To meet these targets, we must take the following actions for building sector reductions in both building operations and embodied carbon emissions:

The good news is that we have all the resources we need to meet these targets, including these exciting new tools and initiatives recently developed by Architecture 2030 and our colleagues:

Let’s welcome in the New Year with some good news, and a resolution to increase our momentum!